Outstanding students recognized through the MSU Students of Distinction Award

The MSU Students of Distinction Award is granted in recognition of individuals or groups who have made a significant contribution to the betterment of the MSU or student life at McMaster University. Nominations are received and bestowed by the MSU Executive Board. Nominations can be submitted by or on behalf of the nominee(s). If you would like to nominate an outstanding student for an MSU Students of Distinction Award, please visit the MSU Awards website for criteria information.

Congratulations to recent winners of the MSU Student of Distinction Award: 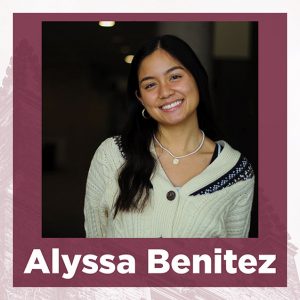 Throughout her undergrad at McMaster, Alyssa Benitez has shared her passion for helping others through various leadership activities. Since her second year, she has volunteered as a student field therapist in the McMaster Sport Medicine Program, while also being a Science Student Ambassador. She continued to support incoming first year students as a Kinesiology Welcome Week representative and an Archway Mentor. She has also demonstrated leadership, taking on roles within the Kinesiology Society, Kinesiology Academic Affairs Council and has volunteered with the McMaster Community Volunteer Circle. Her goal throughout undergrad has been to give back to the community who has given her so much, while being an advocate for the health and well-being of others. 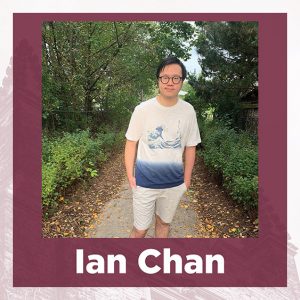 Ian is heading into his fourth year as a Medical Radiation Sciences Radiography student.  He currently studies patient care, pathology, x-ray, and CT imaging. One of Ian’s favorite hobbies is fencing, and he’s been a member of the McMaster fencing team for two years. Ian’s contributions to the McMaster community include peer mentoring and student leadership. He aspires to pursue medical school and build upon he’s learned in patient care, pathology, and diagnostic imaging. 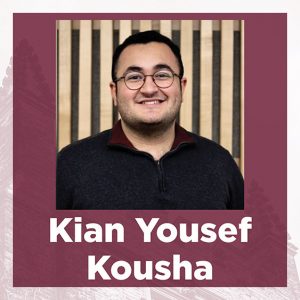 Kian is an incoming Master’s student at McMaster University’s Neuroscience Graduate Program. As a co-president, Kian led McMaster University’s Synthetic Biology Research Team in attaining a Silver Medal at the iGEM competition, the world’s largest synthetic biology competition. Kian is also passionate about science communication and hosts SciSection, a science-themed radio show on the 93.3 FM radio station. Outside of his academic work, Kian enjoys reading fiction and playing the piano. 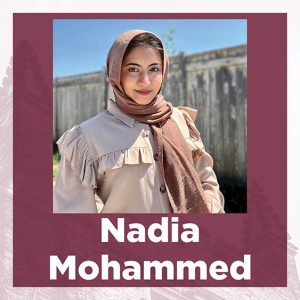 Nadia served in various capacities as a student, a volunteer, and a collaborative leader. As an Indian Muslim born and raised in Japan, Nadia developed a deep love of communicating with people from diverse backgrounds. Fostering multiculturalism further led Nadia to create meaningful interactions within the McMaster community, being part of AMWSA (General Secretary 2019-2021) and McMaster Japanese Club (Authenticity Assessor 2020-2021 and Vice President 2021-2022). Serving Humanity First Canada as the Orphan Care program coordinator since 2018 and co-President at Humanity First McMaster, Nadia helped make positive impacts on both the local community and the world. At McMaster, Nadia facilitated clothing drives, as well as  he Feed the Homeless Event with over 80 volunteers, providing food packages to 240 underprivileged individuals in Hamilton. In addition, her fundraising efforts have raised thousands of dollars to help people afford cataract surgeries, improved educational opportunities and supply well water infrastructure. 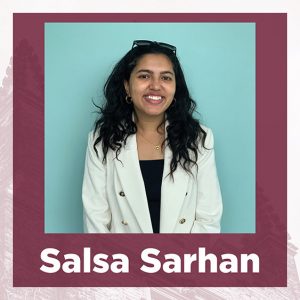 Salsa was born and raised in Hamilton and showcases the passion she has for this city through her love of community service. She became heavily involved with extracurriculars in high school, which transferred immediately to her time as a McMaster undergraduate student. Within her first year, she became the Social Sciences student representative for her faculty. In second year, she was awarded the Reverend John C Holland Award (The Marlene Thomas Scholarship) for her numerous roles. In third year she volunteered with McMaster’s Black Students Association as their Vice President outreach and with Bridging Borders Hamilton as their Media and Promotions Coordinator. Within four year Salsa was elected by her Social Sciences constituents to become their next Society President where the MSSS was revamped through policy changes and introductions to new roles within their peripheral executive team.

To nominate someone for an MSU Students of Distinction Award, please click here.